Communication nowadays progresses quickly to the so-called point of media disruption, which brings impact on the key media such as the television, newspapers and radio. These media have become alternative media with a tendency to become old media finally. In the past 10 years, we have seen attempts to struggle for a place on the digital world era by adjusting the content and by adding the technology of online media so that the receivers have various channel of access at any place and anytime. The more important thing is the identity of these media that can meet the social perception need and their owners. 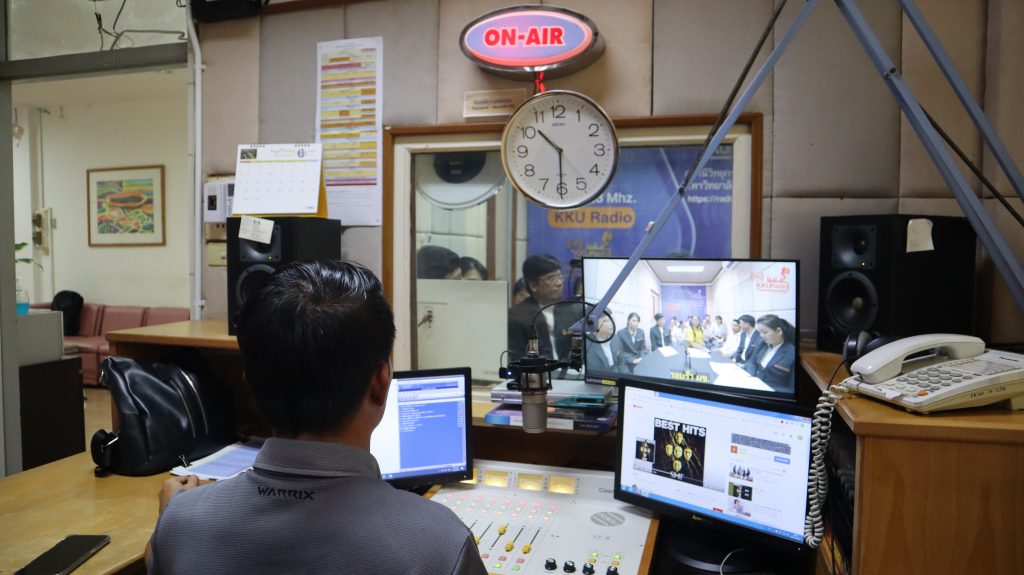 The radio station is one among the old media that has entered the media disruption situation. It used to be a media of the root citizens for a long time. It has been outstanding in terms of cheap entertainment while the principle radio broadcasting of the governmental organizations is used for giving knowledge, information and policies of the government. It used to be a revenue source, and later the community radio station emerged for the locals. These, which account for thousands of them, have come to this turning point where they have to undergo the crisis of competition in presenting information that can draw listeners and monetary providers.

The university’s radio station is regulated by the National Telecommunications Authority and has to follow the rules stipulated in 2012. It has been clearly stated that the station must be useful for instruction or disseminating knowledge to the social by broadcasting 9 programs on: 1) news, 2) democracy promotion, 3) educational and cultural promotion, 4) provision of socio-economic knowledge, 5) programs for youths and children, 6) programs of the localities, 7) programs related to science and health, 8) sports program, 9) news and entertainment. The proportion between knowledge and entertainment is 70:30.

KKU Radio Station 47 years old, and in a non-profit station. There have been programs providing knowledge to the people under the motto, “Station of knowledge, news and public service”. The radio is administered by KKU staff members with the board consisting of experts from inside and outside the university. At present, the station is run by the Division of Communications, Office of the President of KKU. It is also under the control of the National Telecommunications Authority so that the operations will be decently regulated. 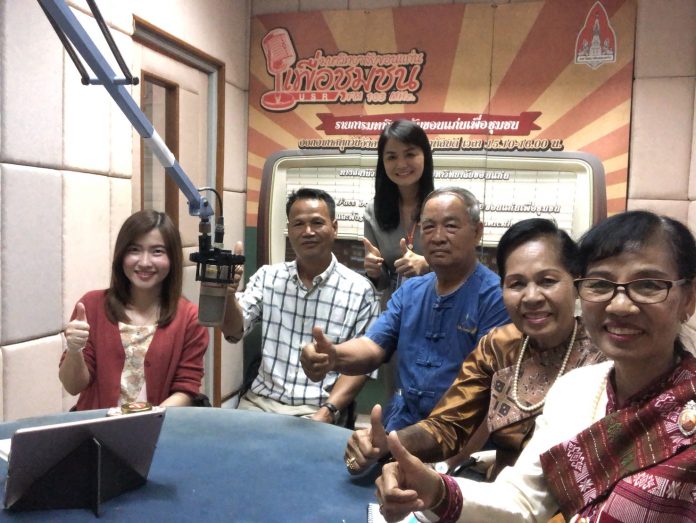 Mr. Chumporn Para, Director of Communications Division said, “The FM 103 Mhz. KKU Station has the role to act as the central media and disseminate knowledge from KKU to the people. At the same time, it is also a channel to receive opinions of the people, to compile knowledge from local sages, community leaders and different public and private organizations and disseminate it to the public. Now, the news perception behaviors change, with fewer listeners. The perception devices have changed, and a lot more people listen to the station online, via the website and applications such as Podcast, Facebook, Youtube.

KKU Radio Station does not only provide entertainment and government news and policies, but also efficiently disseminates knowledge and expertise from accumulation of over 57 years. KKU has also taken part in establishing a network with 10 other university radio stations, with a program called, “the direct line of university radio stations” broadcast simultaneously all over the country. The Communications Division is the key organization that manages the content which contains both the knowledge and good image of KKU. 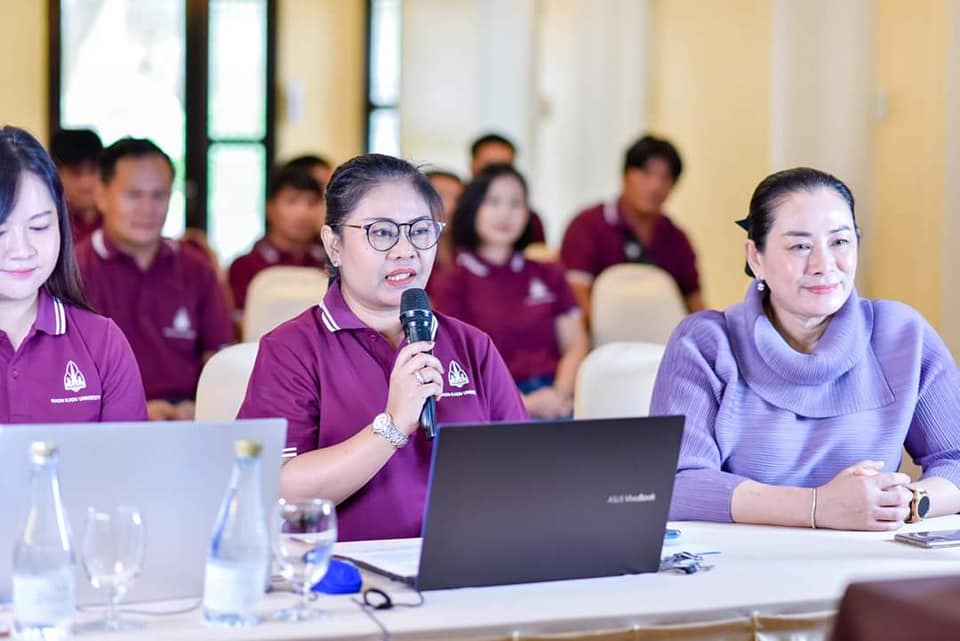 Mrs. Benjamaporn Mamuk, Head of the communication section of the division explained about the values and outcomes of the network. What is unchanged in the information world is the news, which is the important content to be disseminated through different channels to the people. The allies and network have distributed in all regions and so there are exchanges of news among the university radio network. This collaboration enables us to be acknowledge of the academic news and movements, as well as student activities. The station has opened a chance for listeners to participate in an interactive pattern by calling directly and giving opinions. KKU Radio Station is the “Station for Knowledge, News, and Public Service”. It also follows the KKU strategies in being a university for the society, bringing about sustainable development according to the UN’s Sustainable Development Goals (SDGs). 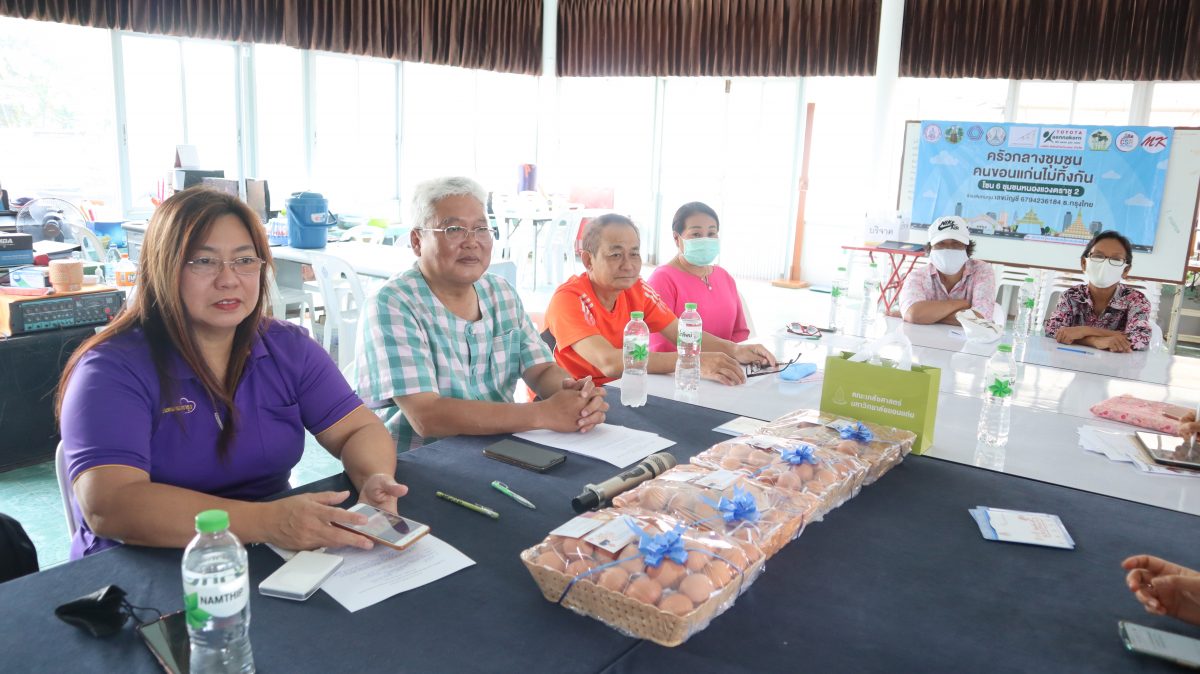 Building confidence among the people towards an organization is another target that leads to good cooperation. We must show that we work closely with the community. The station demonstrates this role by opening a learning space, and the Creating Shared Value (CSV) project has emerged, where the representatives of the community take turn to run programs. 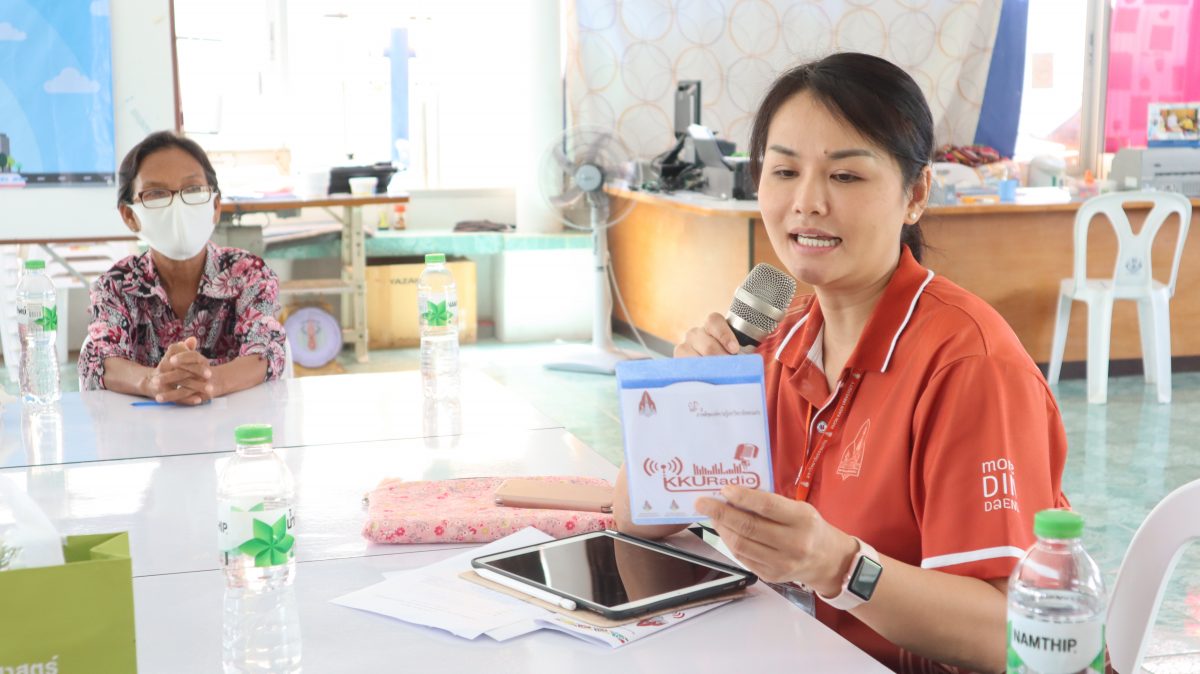 Miss Chutinan Panjarung, a public relation officer of the Division is the responsible person for the KKU CSV program. She related, “Production of programs for the community arose from the policy to build relationship with the communities around the campus. In the past, these communities looked at KKU as an untouchable institution. They did not know how to contact KKU. The events that took place on campus brought both the good side and the bad side. In terms of economy, the events bring incomes. However, the disadvantages could be more wastes, bad traffic, etc. These could bring unwanted relation between KKU and the communities. We therefore need accurate and fast communication. 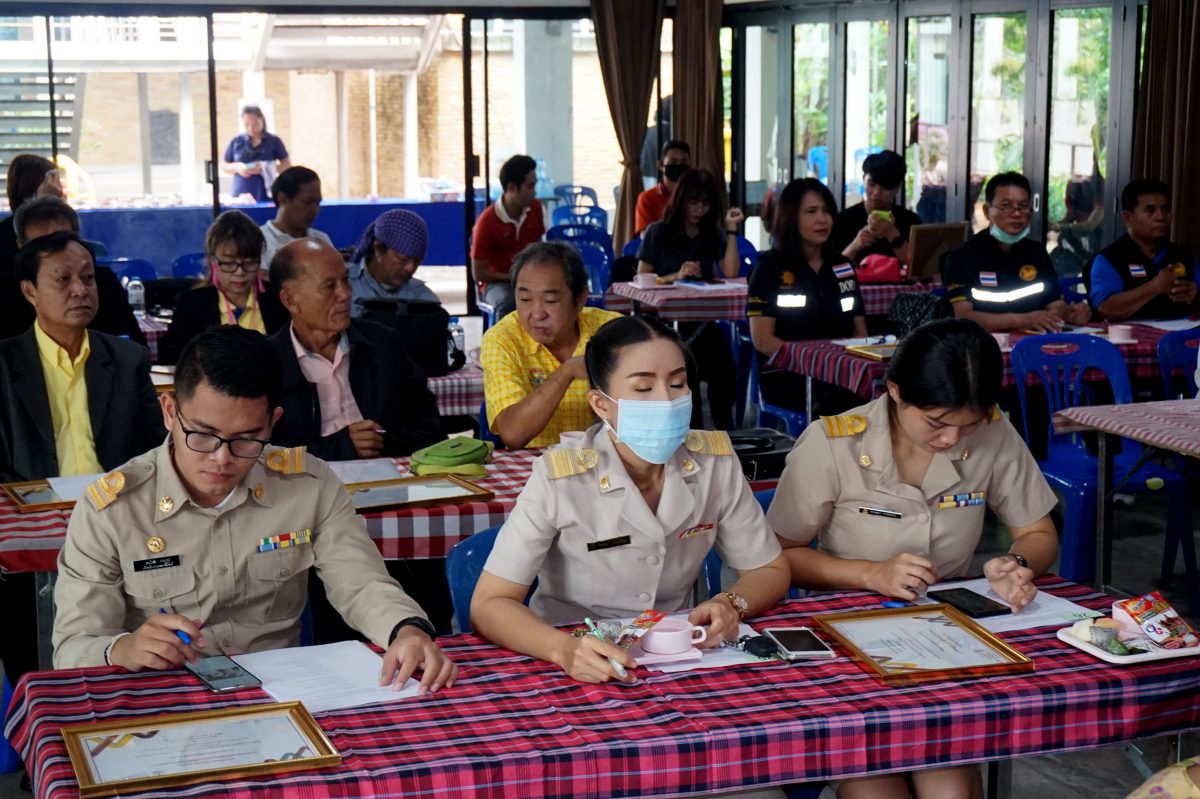 With these reasons, the radio program for the community is broadcast every Tuesday and Thursday at 15:00 – 16:00 p.m. Over 30 community leaders, representatives from public organizations around the campus circulate to run the program. There is a special talk program once a month where academics of KKU talk with the community leaders. In the fiscal year 2020-2021, the network expanded by inviting Khon Kaen Radio Stations to join, with more interesting programs broadcast. 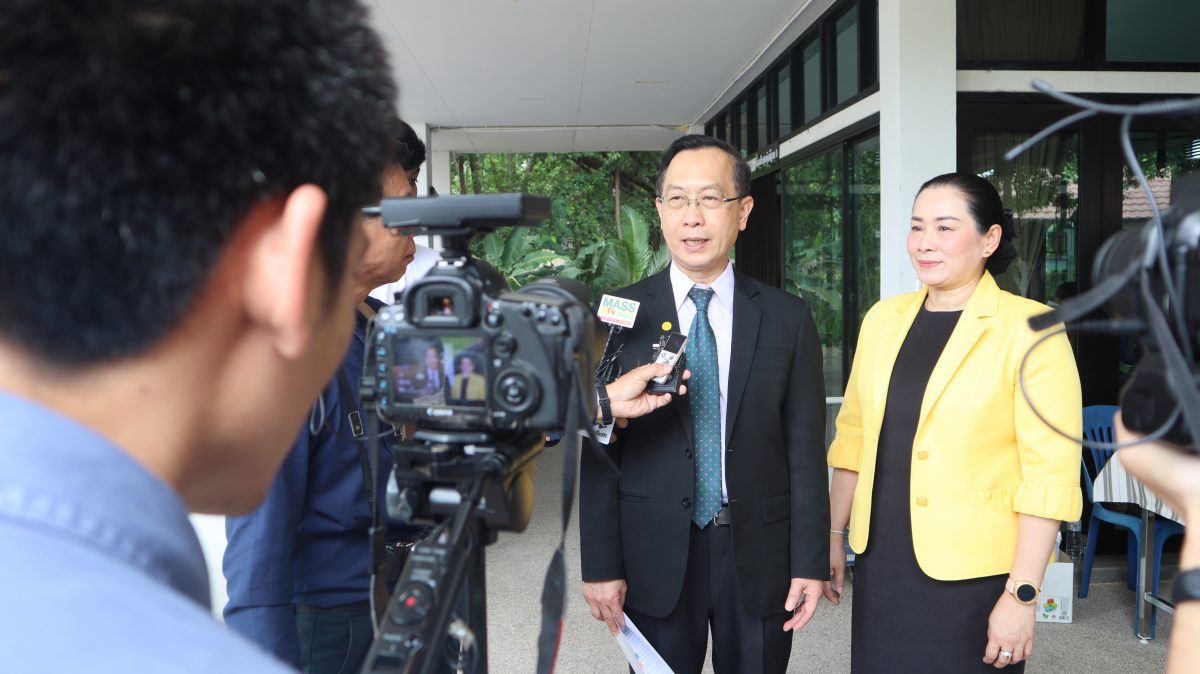 Mr. Chumporn Para, Director of Communications Division added, “The Communications Division is aware of the changes and therefore has developed and strengthened the capacity to produce programs that are concise, modern, accurate with the presentation styles that are interesting and up–to–date and meet the needs for information of the society. We are determined to develop the station and promote participation from the community so that they take part in organizing programs. We are also developing and adopting innovation. With the 3 more positions obtained, it is expected that our work will greatly progress.”