On December 4, 2019, His Majesty King Maha Vajiralongkorn Phra Vajiraklaochaoyuhua appointed Her Royal Highness Princess Maha Chakri Sirindhorn to confer degrees to KKU graduates for the education year 2019. The ceremony held at the Golden Jubilee Hall was filled with a total of 7,998 degree recipients, which is divided into: 290 doctorate degrees, 149 advanced certificates, 1,172 master degrees, and 6,387 bachelor degrees.

Following her arrival to the Golden Jubilee Hall at 8.50, the princess was greeted by a group of people including; Dr. Aujit Panthongviriyakul, a spouse of KKU president, Mrs. Sujinda Sakupan, a vice president of Red Cross Foundation in Khon Kaen, Mr. Sirawitch Hakaew, a KKU Demonstration student, Ms. Anantaya Jitdapha, a student from KKU Demonstration School (Modindang), Ms. Premruetai Srisuwan, a secretary of KKU student union. The Princess was presented with flower garlands before she processed to the ceremonial hall.

In the ceremonial hall, Her Royal Highness Princess Maha Chakri Sirindhorn was informed about the program by Assoc. Prof. Dr. Maitree Inprasit, a vice president of education. Dr. Det Boonnak, a vice president of KKU council, extended to the princess his gratitude and appreciation for the princess’ presence at the ceremony. It was a delighted moment for the university people when Assoc. Prof. Charnchai Panthongviriyakul (MD), an acting president of KKU, bestow an honorary doctorate degree certificate of dentistry to Her Royal Highness Maha Chakri Sirindhorn. The Princess passed on special degrees and awards to the following recipients.

Following the completion of the degree conferring, Her Royal Highness Princess Maha Chakri Sirindhorn kindly delivered a royal remark to all the graduates as quoted below.

“I have been appointed by the King to represent him at Khon Kaen University’s degree conferring ceremony. I would like to pass my admiration and congratulations to those who have received honorary doctorate degrees, the award recipients and all of the new graduates. I would like to thank Khon Kaen University for giving me an honorary doctorate degree of dentistry.

With the degree certificate you are holding, it is now evidenced that you have reached the highest level of education. It shows that you have accumulated experiences and learnings that will sufficiently support you through your future careers and in living your lives. Remember that even unpleasant experiences, failures and the past obstacles are meaningful in life because these difficulties teach us strength. They provide us the chance to be trained on overcoming hardships, to be patient and to be committed to one’s success. The past experience as a student should pave you to the better understanding of lives and the world we are living in.  This kind of understanding is highly precious for living life and completing your future careers. I would like you to appreciate all types of experiences that you have had and use them as your energy to propel you toward the future success. On behalf of His Majesty King Maha Vajiralongkorn Phra Vajiraklaochaoyuhua, I wish all of the graduates and the ceremonial participants to have a merry life.”

After the completion of the degree conferring, the princess allowed her time for groups of people to present to her some token of appreciation. Later, the Princess continued her mission in for the building opening ceremony in Khon Kaen University.  She chaired the opening of a science building named, Witayawipas before she would lay the foundation stone to mark the official opening of Srinagarind Hospital Medical Excellent Center. 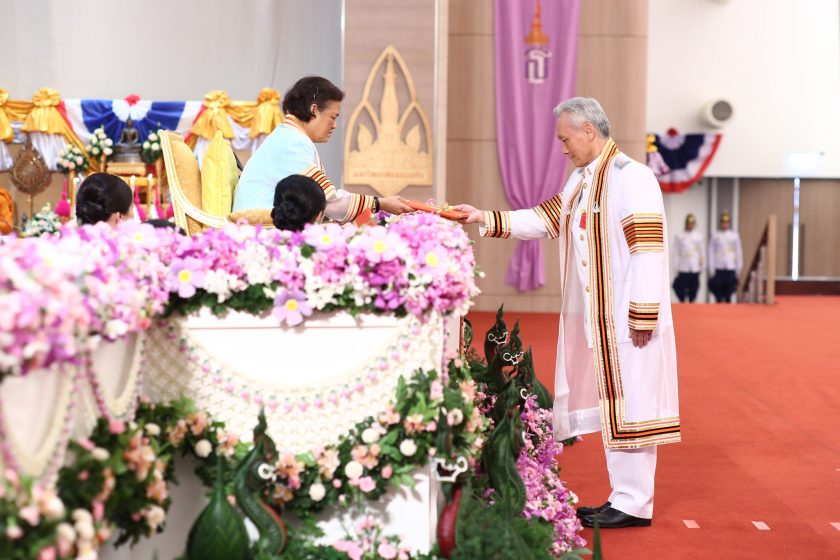 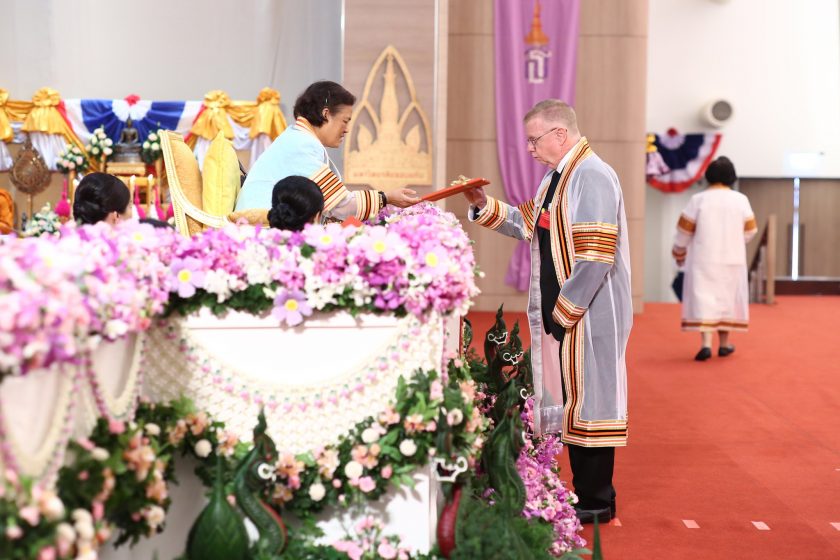 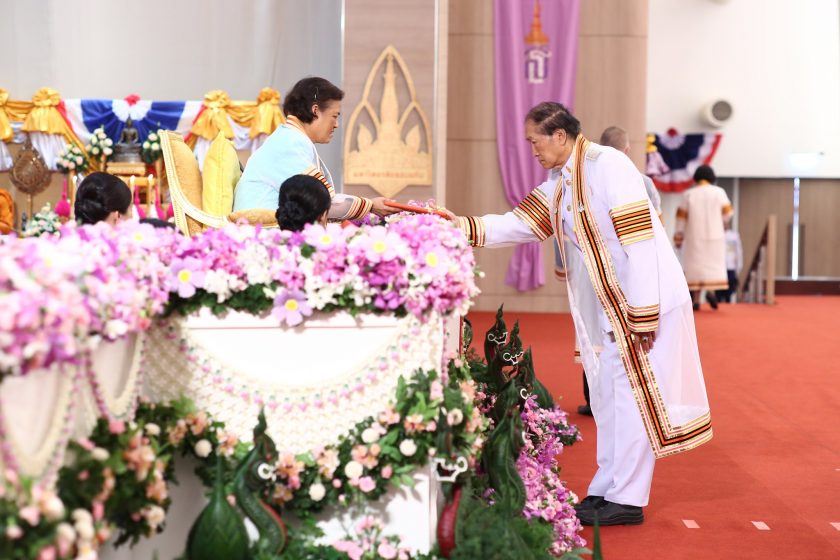 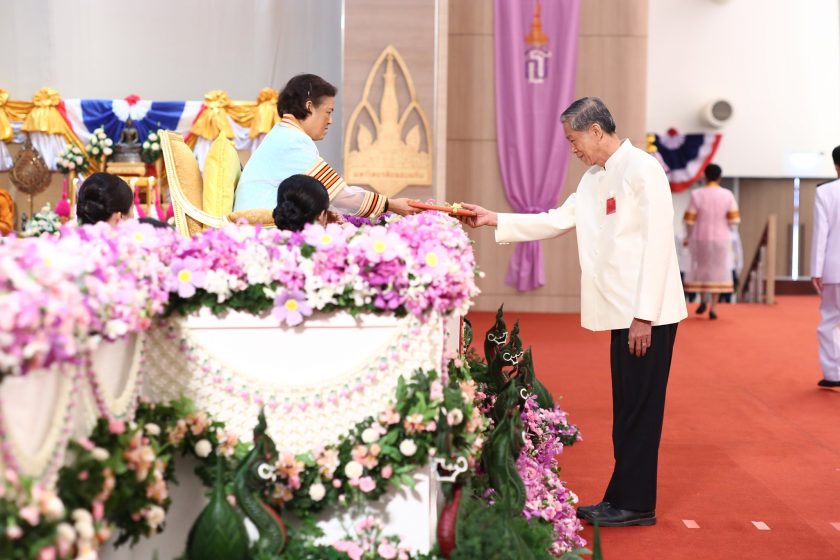 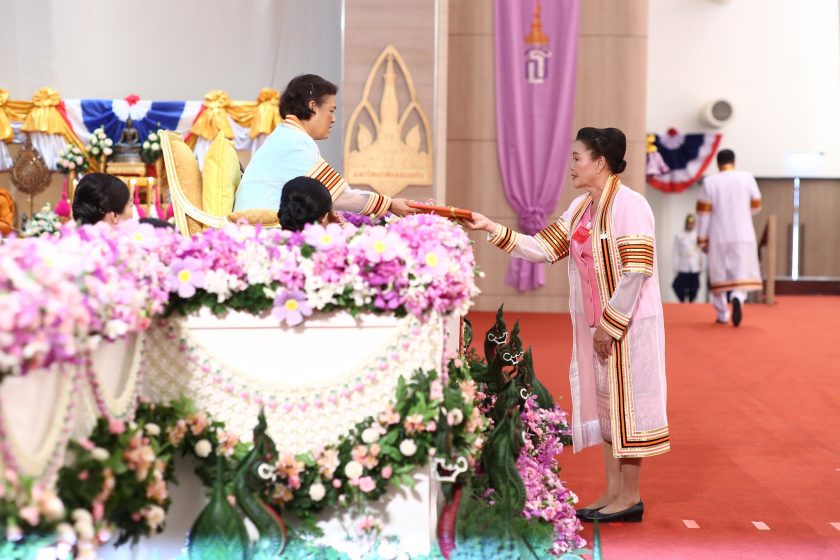 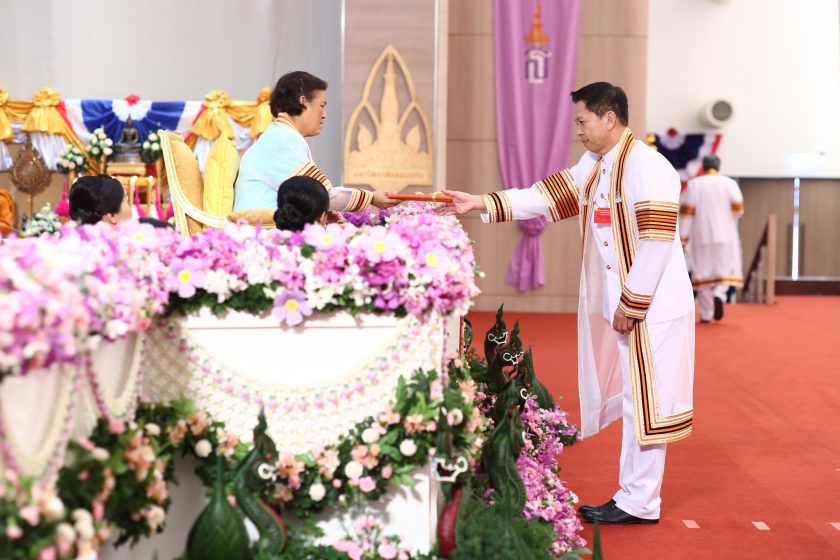 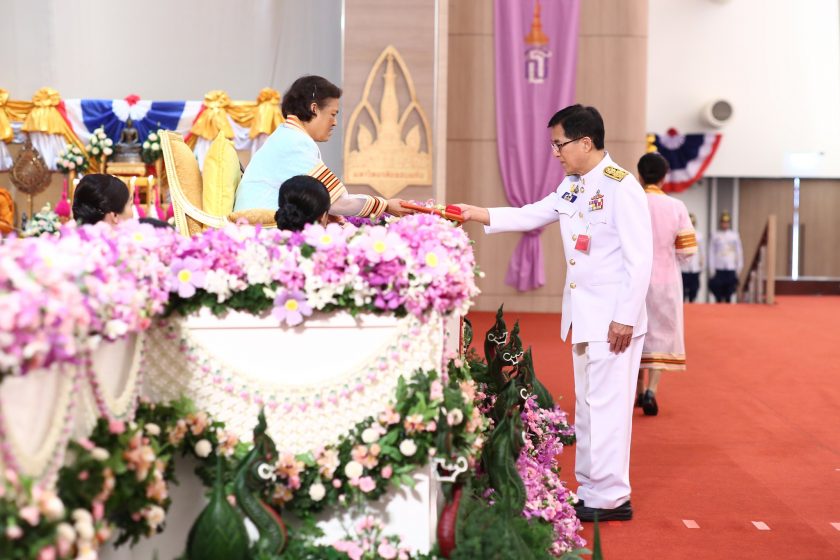 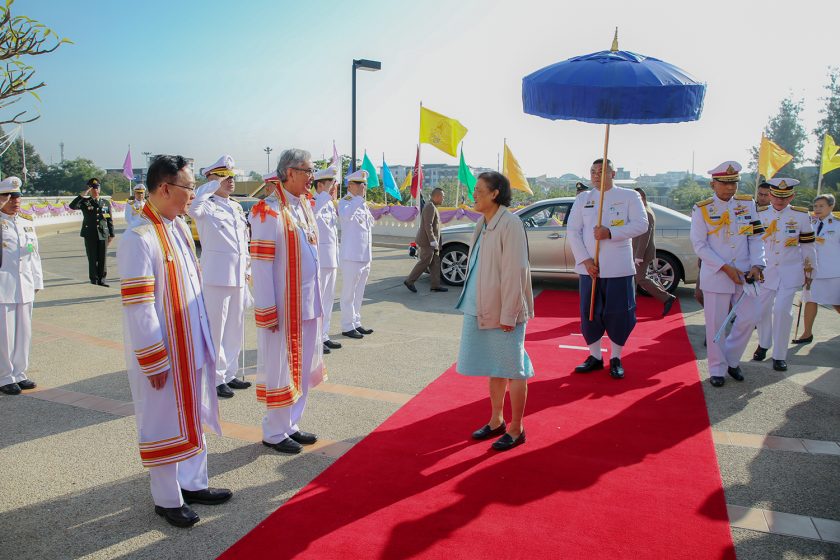 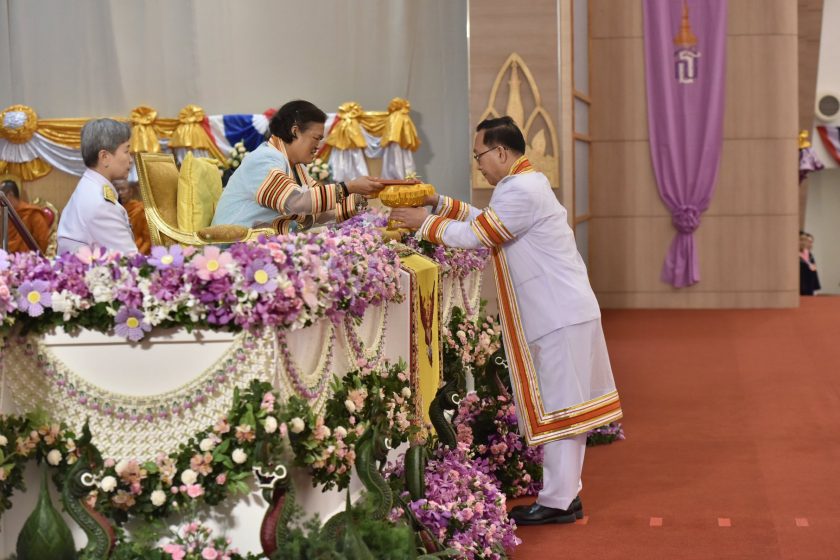 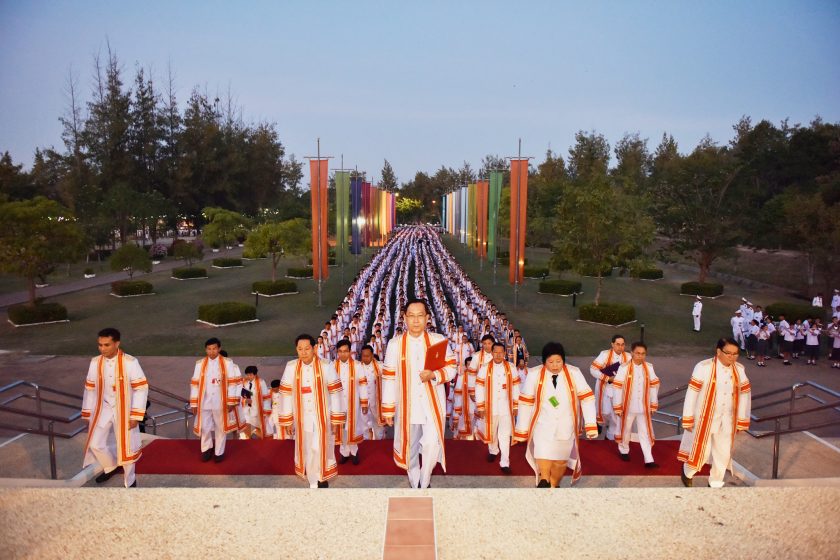 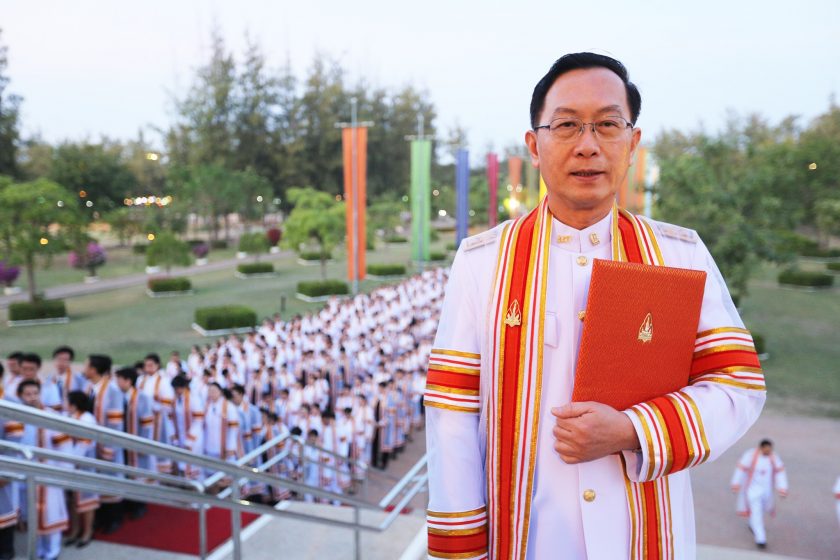 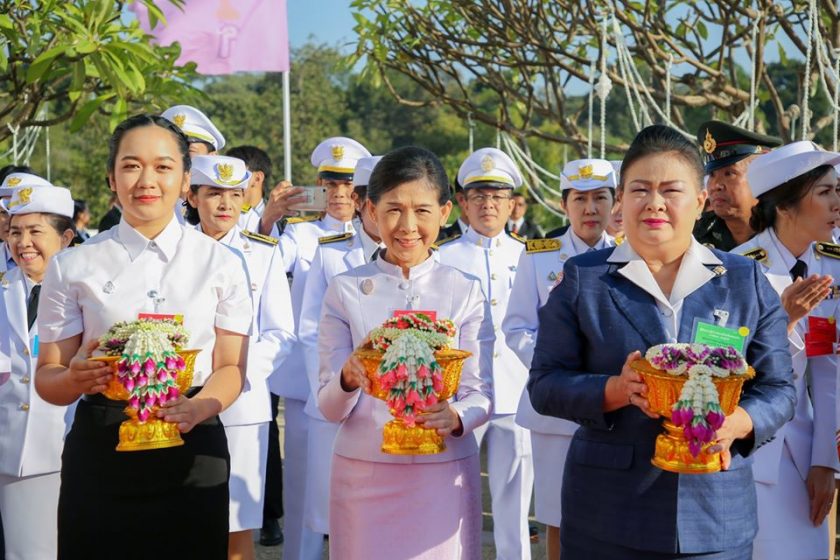 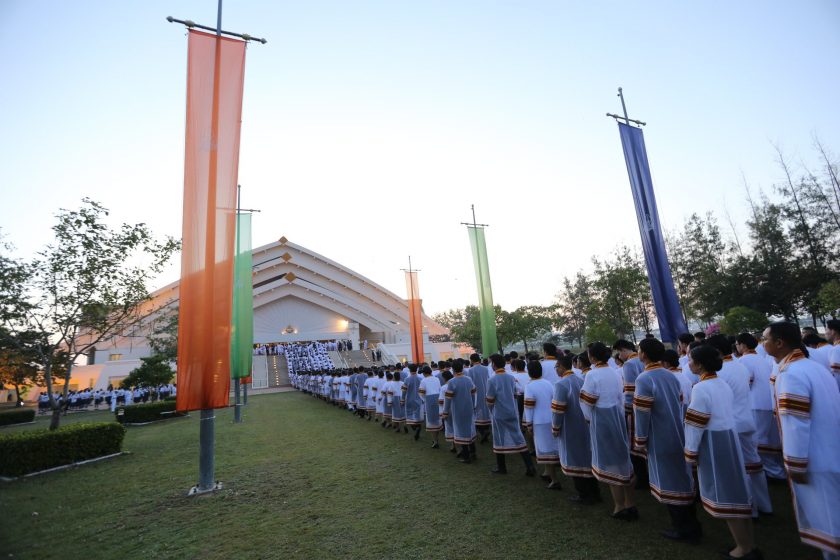 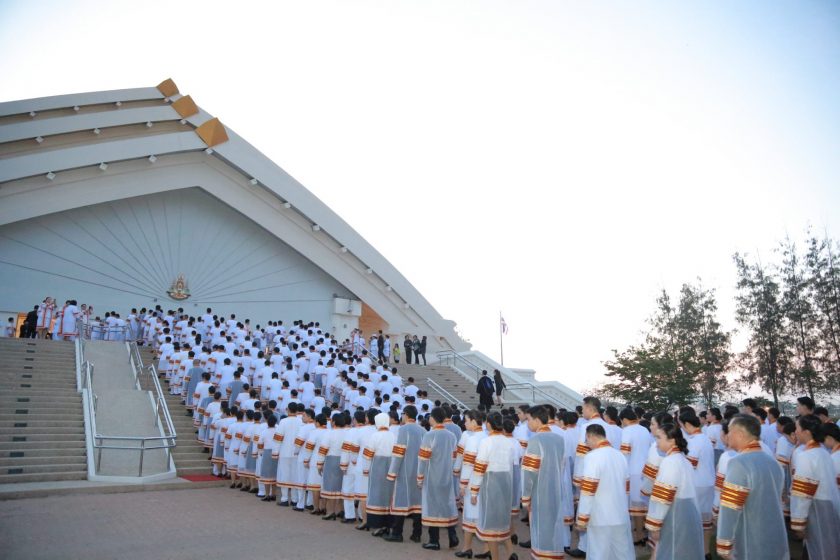 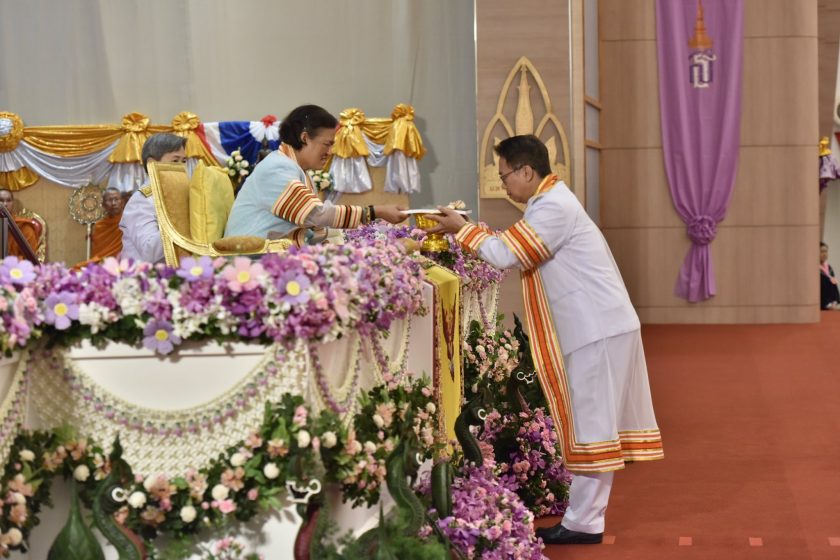 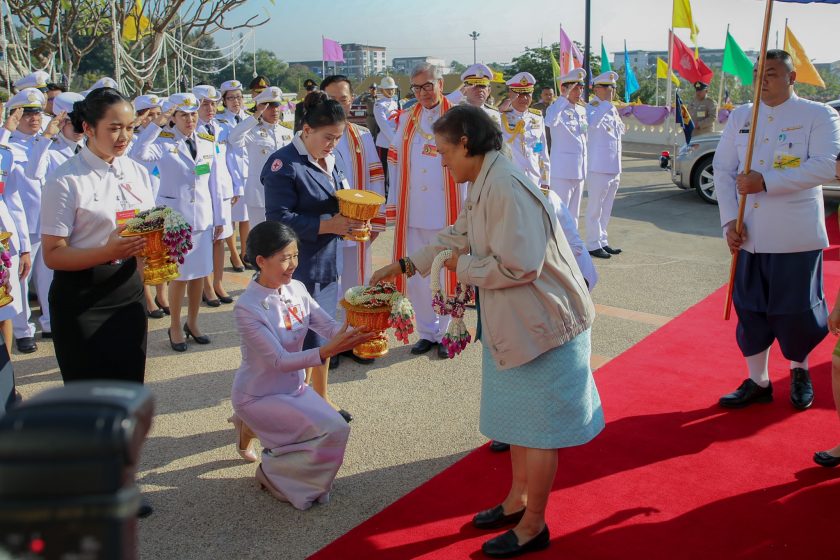 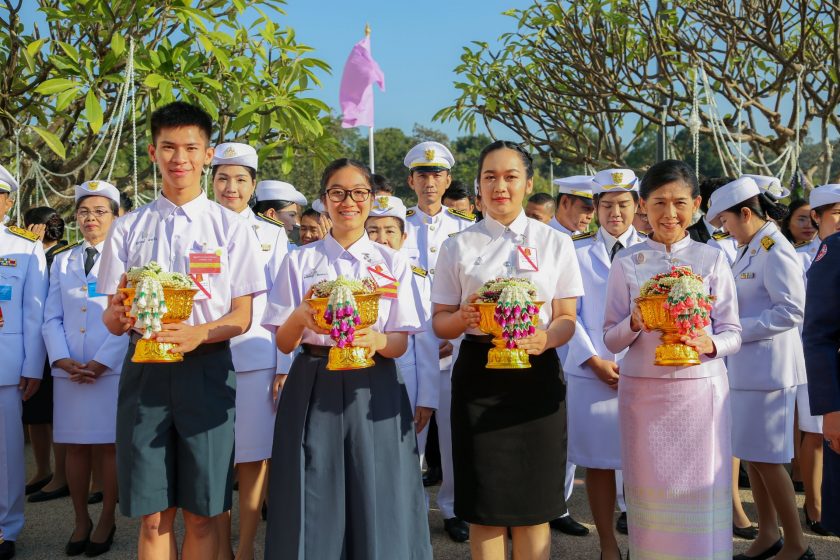 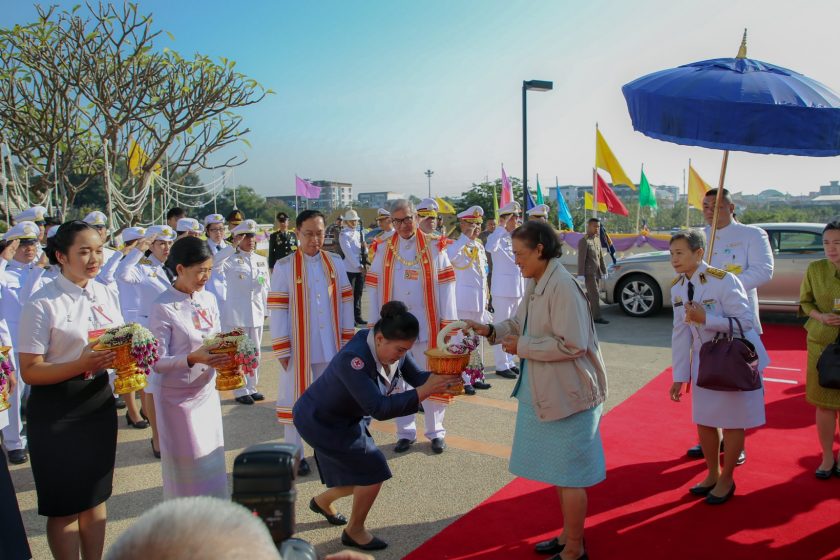 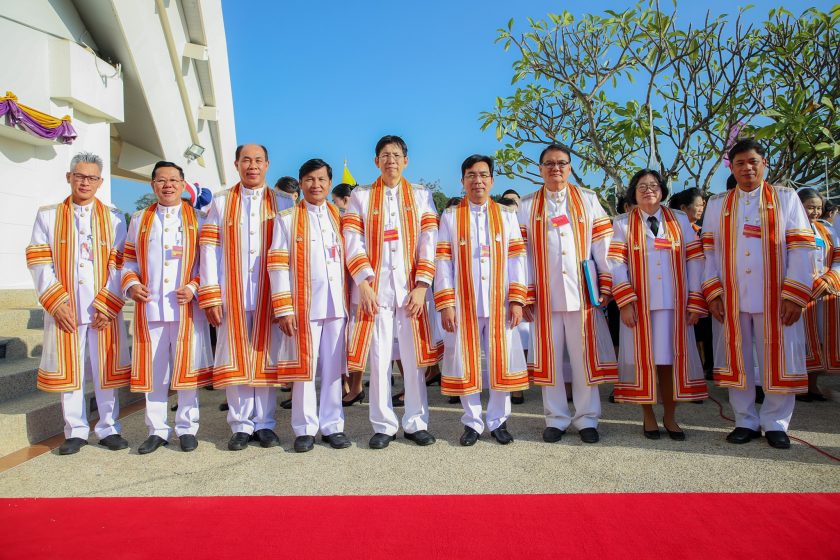